Using smart manufacturing methods and the Internet of Things (IoT), we created an automated temperature controlled box to improve the print quality of our MakerGear M3-ID 3D printers. 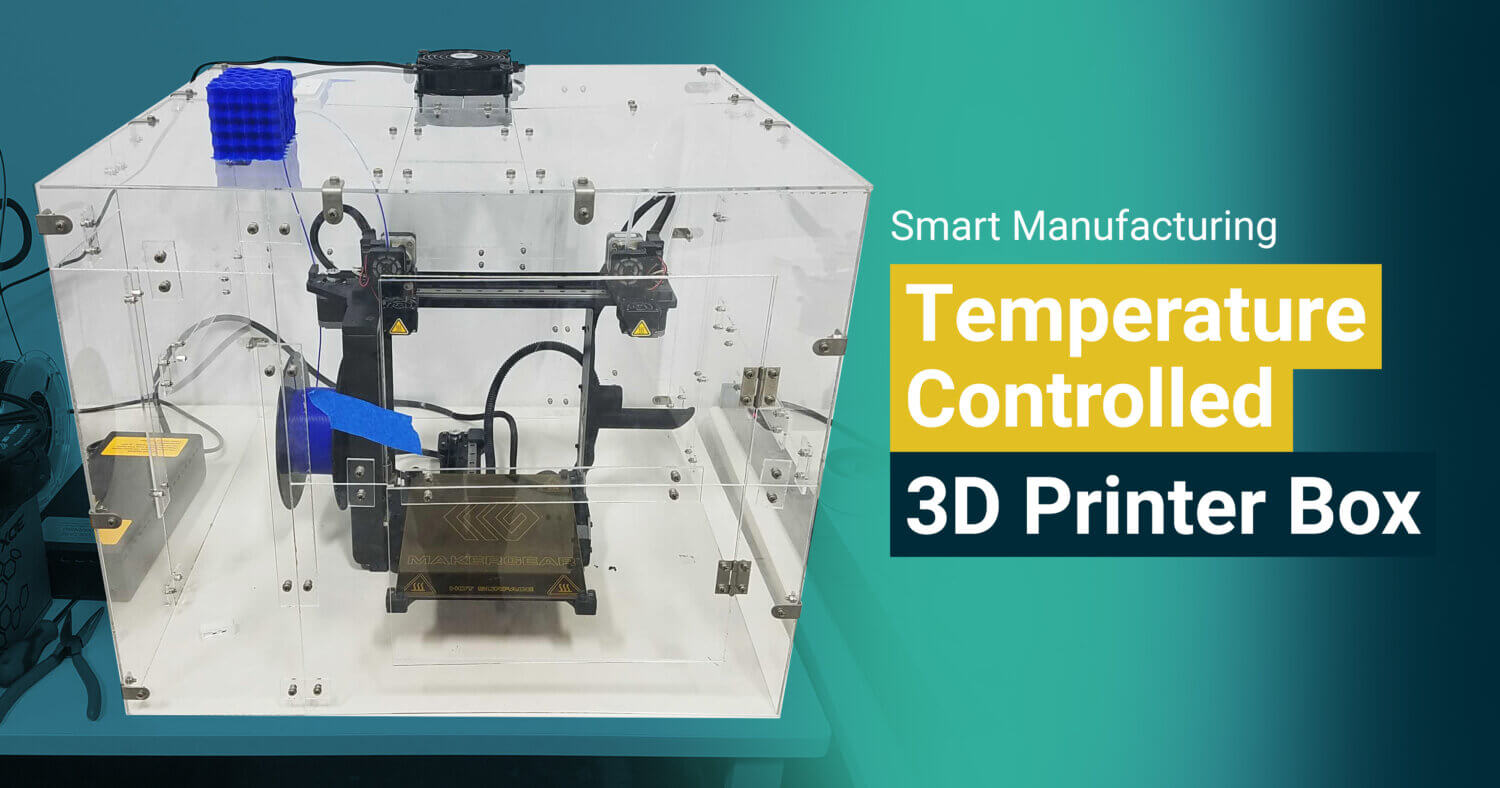 Temperature deviations can really mess with your print. In our case, temperature stability was the big issue, with large differences in temperature at the point of printing, the rest of the print, and the area around the printer. In the thermal image below, the difference from highest to lowest temperature is a whopping 315°F. This temperature instability was showing up as performance inconsistencies in our carbon fiber reinforced thermoplastic prototypes once we got to crushing them in our Instron universal tester. 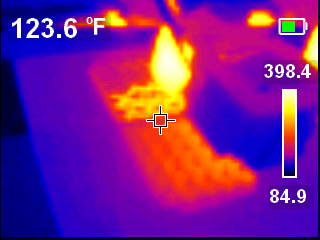 3D printing prototypes of our mechanical metamaterials is a crucial part of our manufacturing process, as additively manufactured parts allow us to rapidly design, fabricate, test, and validate our work before moving onto scaled manufacturing methods, such as thermoforming.

Inconsistent quality of the prints isn’t the only issue here – there’s a lot of heat being produced unnecessarily and then escaping into the workshop (which increases the overall ambient temperature, which doesn’t help).

We needed a solution that would give us back the technical control we require for our prints and eliminate this waste of energy.

We decided to go the DIY route and construct our own automated temperature controlled box. There are some existing examples of pre-made enclosures available on the market, like those from 3DUPfitters, and homemade insulation systems using inexpensive moving blankets, but we wanted an excuse to break out our Glowforge Plus laser cutter and get our hands dirty making our own acrylic box. 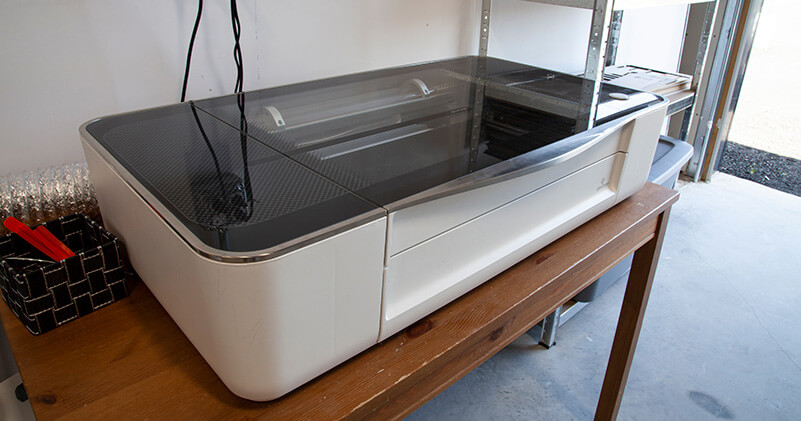 It wasn’t enough to just stick a fan on a box and flip a switch during printing. We needed our enclosure to be smart. 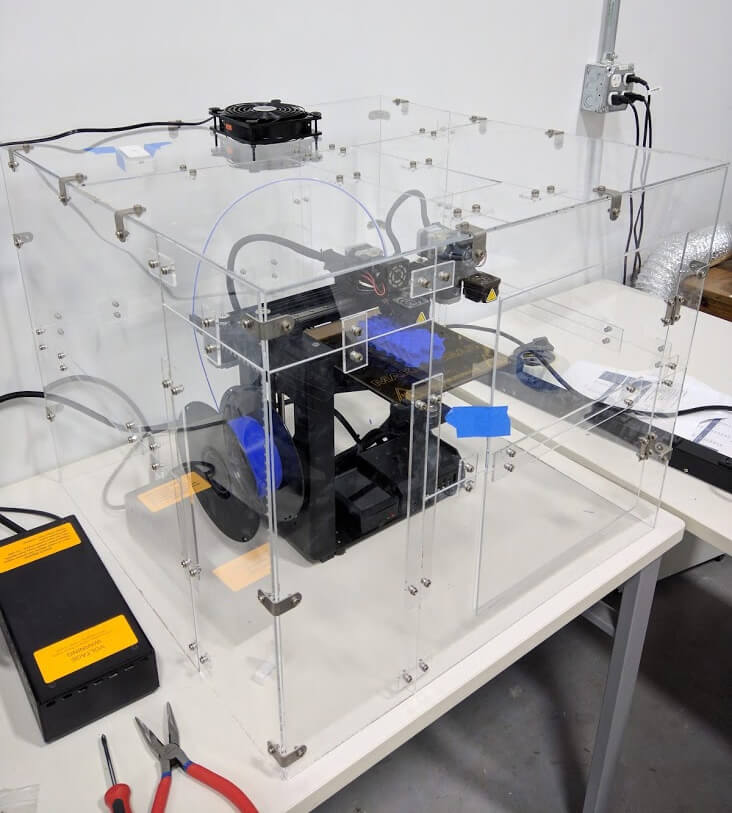 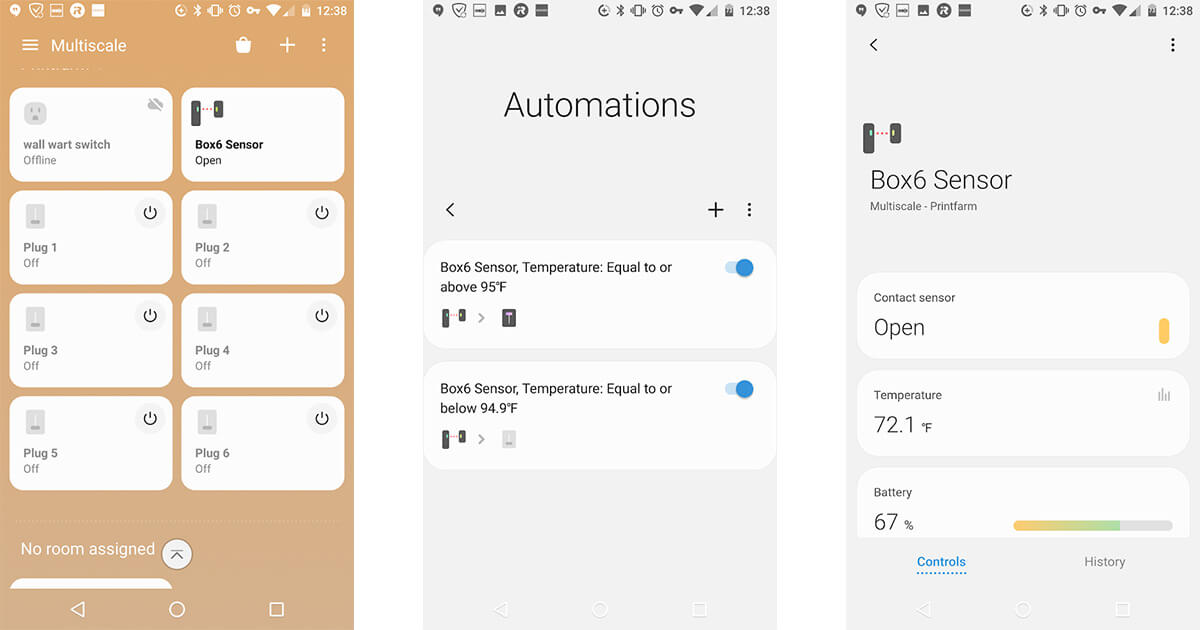 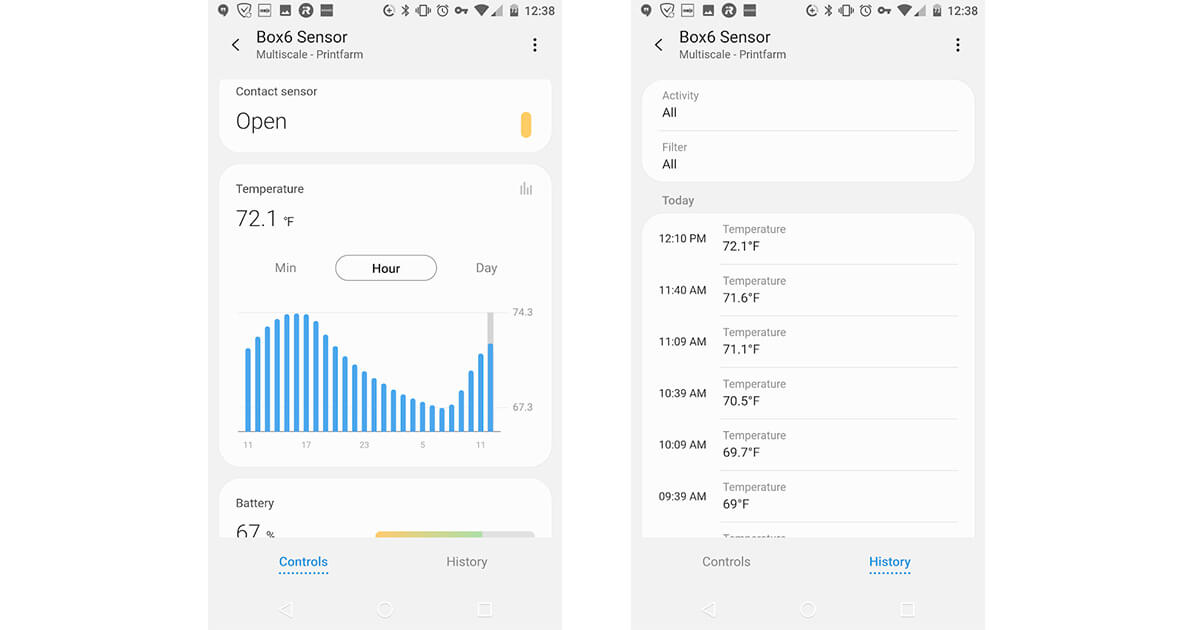 The result: a much lower, more stable temperature for creating high quality 3D prototypes. With the automated temperature control, we’re averaging around 70°F for the hottest area during printing with a range of only 14°F from the hottest to the coolest areas throughout the box. 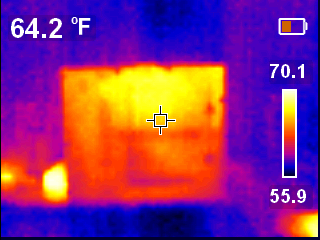 Thermal image: The temperature inside the 3D printer box is now lower and more stable, reading a max. temperature of 70.1°F (~21°C) inside the box, and only 14°F difference from the hottest to coolest area.

With the success of our first enclosure, we’re in the process of creating temperature controlled boxes for the five other MakerGear M3-ID 3D printers in our print farm. And with the SmartThings Hub app, being able to monitor and automate all the printers at once will make our lives easier while saving us energy and providing more consistent prototypes.

Multiscale Systems has been selected as one of 15 winners in the first round of the American-Made Geothermal Manufacturing Prize.

Redefining the future of materials and manufacturing.

Redefining the future of materials and manufacturing.

Any cookies that may not be particularly necessary for the website to function and is used specifically to collect user personal data via analytics, ads, other embedded contents are termed as non-necessary cookies. It is mandatory to procure user consent prior to running these cookies on your website.

SAVE & ACCEPT
Go to Top